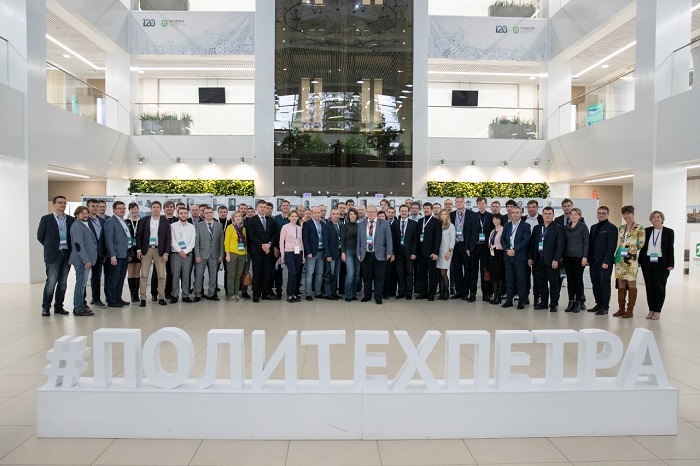 Deputy Director of the Institute of Metallurgy and Machine-Building of the State Scientific Center JSC “RPA “CNIITMASH” (belonging within JSC Atomenergomash, a machine-building division of ROSATOM) Ivan Ivanov made a report at the first meeting of the Club "Digital Seasons". A meeting of Rosatom digitalization professionals was held as part of the I All-Russian Forum “New Manufacturing Technologies” at St. Petersburg Polytechnic University.

Within the framework of the Club meeting, Ivan Ivanov made a report on the quality management system and economic indicators in the production of critical products unique in terms of service life, size and significance in NPU. The implementation of such system at a heavy engineering facility will make it possible to stabilize the level of quality of the properties, reduce the reject rate and cut the production costs, as well as to plan accurately the time of product supplies. An important feature of the system is that, based on the current statistics of the technological and controlled parameters, a forecast is formed on the achievement of the final product quality. If the forecast for a particular operation is negative, then the system offers to an operator the recommendations enabling to ensure the set level of quality indicators. “ CNIITMASH as Leading Materials Science Organization of Rosatom has competences in the field of development of new materials and technologies of production using the said materials,” says Ivan Ivanov. “The use of modern approaches, including digital technology, will ensure high quality products in the course of production utilizing existing equipment, as well as develop a new class of structural materials with unique properties. The technical solutions implemented within the framework of this project will become the basis for digital counterparts of operating critical products, including those for the nuclear island through the entire process route, ranging from charge preparation to recovery.” In his report, he also pointed out that the success of the project would be possible only under conditions of close interaction of working groups of different Corporation divisions.

It is planned to dedicate each Club sitting to one of the potential digital technologies. The next time the Club members will gather to discuss the digital intelligence focus area. The meeting is planned for December 2109, and the delegation of CNIITMASH is taking part.