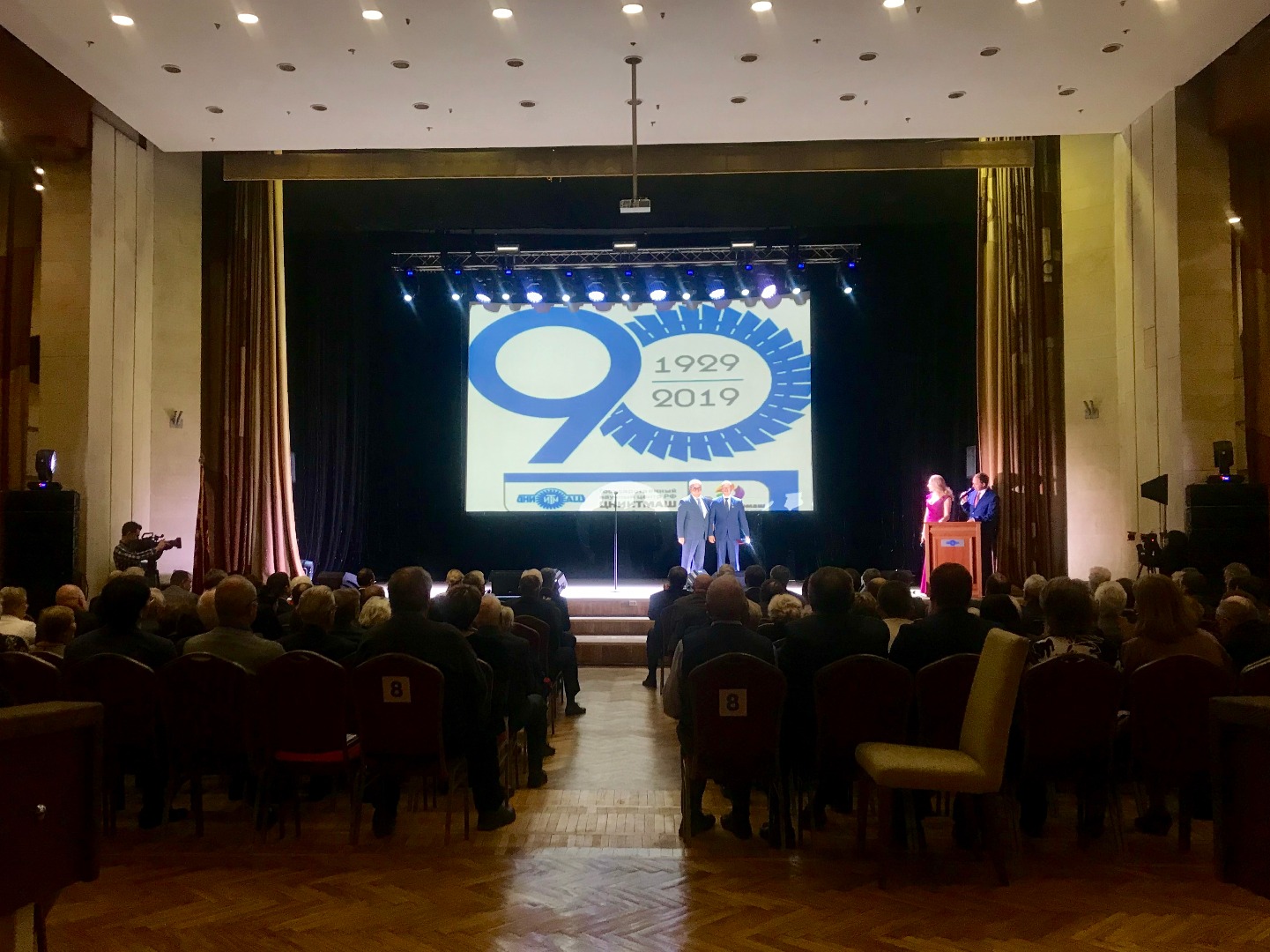 On September 19th a series of special events dedicated to the 90th anniversary of the Institute was held in the State Scientific Center of the Russian Federation JSC “RPA “CNIITMASH” (belonging within JSC Atomenergomash, a machine-building division of ROSATOM).

The festive concert on the occasion of the anniversary was opened by Viktor Orlov, General Director of CNIITMASH. He congratulated the audience on the ninetieth anniversary of the Institute and thanked the staff for their diligent work. “We are proud of how much the Institute has done for the national industry and nuclear sector for 90 years of existence. The work of the Institute’s staff has already allowed CNIITMASH to become an integral part of the history of the USSR and Russia. In rapidly changing realities, life requires from the Scientific Center to upscale the number of fresh solutions at the intersection of fundamental and applied science. I am confident that the Institute and its staff will contribute in each of the following significant pages of our country’s history,” said Viktor Orlov.

On behalf of the Moscow Government, the Head of the Department of Entrepreneurship and Innovations of the City of Moscow Alexey Fursin came to congratulate the staff of the Institute. He read out congratulation from Moscow Mayor Sergei Sobyanin and presented the award “Honorary Worker of Moscow Industry” to Tatyana Krussser, Dmitry Klauch and Irina Harina.

An exposition “CNIITMASH: implemented projects and promising directions” was launched at the Institute’s production sites as part of the anniversary celebration”. CNIITMASH employees presented for the first time their latest research product in operation: a test bench “Phased array flaw detector” fully designed and manufactured in the Institute. The guests visited the Welding Centre of CNIITMASH: the industry competency center of SC ROSATOM and the only organization in the Russian Federation for certification of welders as per three systems: NAKS (National Agency of Non-Destructive Testing and Welding), Euronorms and RF nuclear industry norms. They also observed the process of metal cutting with oxyhydrogen flame using the apparatus MOSKVA and visited the laboratory of additive technologies and vacuum coatings and equipment. Within the exhibition frames young specialists of CNIITMASH told the guests about state-of-the-art equipment for NDT, new base and welding materials for potential projects (including Arctic), metallurgical processes for heavy engineering, personnel certification, vacuum equipment and latest developments in the field of additive technologies.