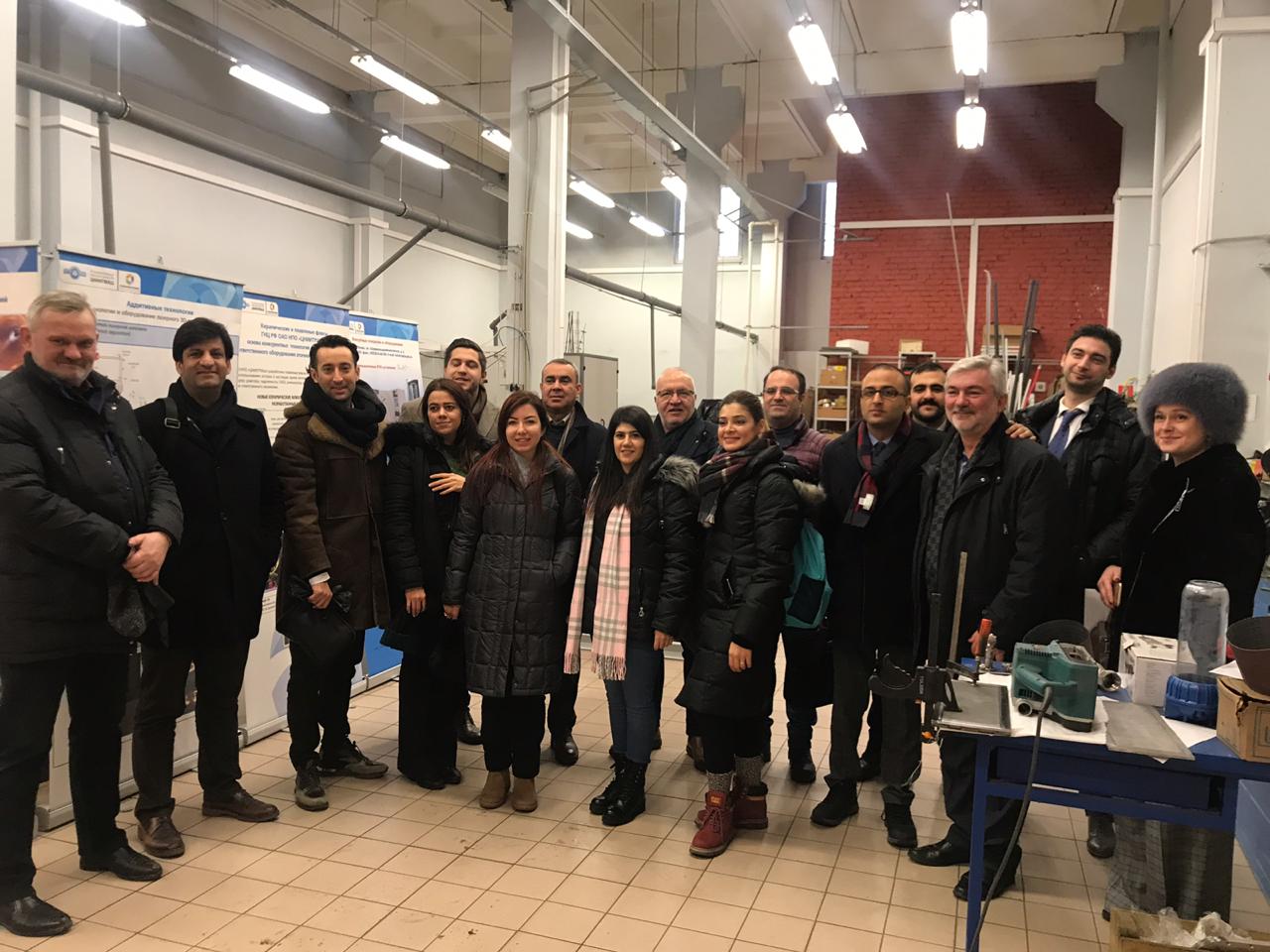 Representatives of Turkish industrial companies visited the State Research Centre of the Russian Federation JSC “RPA “CNIITMASH” (belongs with JSC Atomenergomash, a machine-building division of ROSATOM) for a technological tour within the frames of the 10th International Forum of Nuclear Industry Suppliers ATOMEX 2018.

The delegation of the Forum participants included the experts from seventeen Turkish companies and institutions, among them Ankara Chamber of Industry, AKDAS, HAREKET CRANES, ROLEDA, CİLTUG, Pekas Electric, INPPS. During the technological tour ten representatives of Turkish industry were given a tour around the production sites of CNIITMASH. Mr. Vladimir Beregovskiy, the Director of the Institute of Surface and Nanomaterials Technologies of CNIITMASH introduced the advanced additive technologies, including the first locally produced 3D-printer MeltMaster3D using SLM technology for fabrication of metallic items, the brand-new modular research and production 3D-printing unit developed and built in CNIITMASH, as well as high-vacuum equipment for application of triboitechnical, wear resistant and protection coatings NanoARCmaster. The delegation members got particularly interested in the Welding Technology Centre for training and qualification of welders and certification of the equipment, which was presented by Mr. Dmitry Khodakov, the Director of the Center. Closing the technology tour, a round table was held, in the course of which Dr. Konstantin Kosyrev, the Deputy General Director (Science) presented CNIITMASH as the State Research Centre of the Russian Federation and the leading assigned materials science organization of SC ROSATOM, and Mr. Vladislav Lurye, the Head of Contracts Follow-up Department of the Foreign Trade Division spoke about the training programs offered by the Institute and development and transfer of technologies and competences.

“The Turkish experts, who visited CNIITMASH, represented the enterprises aspiring to contract with SC ROSATOM for execution of works at NPP Akkuyu. Despite keen interest shown by the visitors to the issues of 3D-printing technology application, they were even more interested in the subject of certification, qualification and training of specialists according to the standards of ROSATOM. We are delighted that we have much to offer in this field,” commented Mr. Lurye. He noted also that the tour participants were satisfied with the results of the meeting. Presently CNIITMASH is negotiating a return visit with Ankara Chamber of Industry and Commerce.

The 10th International Forum of Nuclear Industry Suppliers ATOMEX 2018 was held in Gostiny Dvor in Moscow on December 3rd and 4th. The Forum brought together 1670 participants form 31 countries. Out of the total number 84% of the participants were the representatives of 860 supplier-companies.